Vestigo | The Future of VR 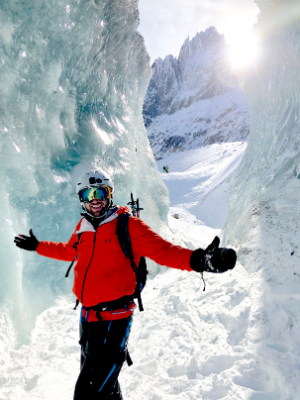 Digital mediums for teamwork and collaboration are here to stay. One group in particular that has nailed how to create remote team-building exercises is Vestigo, based in Atlanta, GA. They leverage adventure experiences as a way to get teams unstuck and inspired in having a new growth mindset. Most teams can’t drop everything to go climb a mountain, which is why they bring the adventure to you through VR experiences that force you to let go of fear and think differently, designed to help remote teams level up from fear to bravery; enabling radical innovation and adaptability.

I’m so excited for Vestigo and their CEO Marshall Mosher who just launched a crowdfunding campaign to help them build a new standard in remote team building in virtual reality. Think of it as a digitized ropes course, using VR to transport people to the edges of the world and their comfort zones, helping remote teams level up from fear to bravery to build a mindset of innovation and adaptability. I’m thrilled to say that anyone can now be a part of the future they’re building via their crowdfunding campaign (where you can invest as little as $100) in what I believe will be a game-changer in the future of digital team building. I’ve been honored to watch Marshall grow this since the beginning and am so excited for what’s to come!

The future of adventure is truly here!