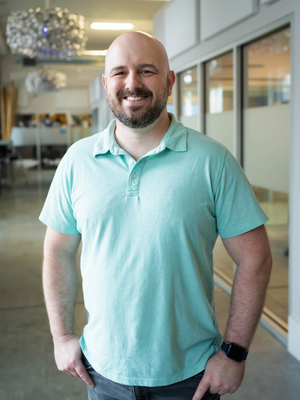 Joel was raised in a Navy family, so while he was technically born in Arkadelphia, Arkansas (yes that’s a real place!), he was raised in Norfolk. And Dallas. And Ft. Worth. And Jacksonville, FL. In fact, Joel moved every two years until he started high school. With the constant moving Joel also got to experience all the possible education options: public school, private school, and home-school. Joel received a full-scholarship to attend the University of North Florida and graduated with a Bachelor of Science degree in Broadcast Communication.
Joel grew up attending church, but it was during college when he joined the campus ministry Cru (Campus Crusade for Christ) that he discovered a real passion for ministry. Joel attributes a great deal of his personal growth and development to the investment that was made in him by his mentor during college, so he wanted to be able to reproduce that investment in the lives of others as well.
Joel’s career followed the nomadic trend as he worked in Human Resources for several years before becoming the campus director for Cru at the University of North Florida. While working in ministry Joel began to develop his skills in creative design and web development which revealed another talent and passion – web design and development. After several years in ministry Joel transitioned into full-time web development and management.
Joel currently works as the full-time web developer and digital marketing analyst for a multi-million-dollar financial services company out of Jacksonville, Florida. Additionally, Joel also owns his own web-development company. He loves working with small businesses to help them achieve better success and results with their processes and websites.

When he’s not slinging code and building website, Joel spends his time with his wife of 16 years, his three children, and the family dog.